I’ve suffered from gastrointestinal disorders for nearly three decades. In the last two years, I developed heartburn and acid reflux which I believe is triggered by stress that I was experiencing whilst trying to balance work and bringing up my family. 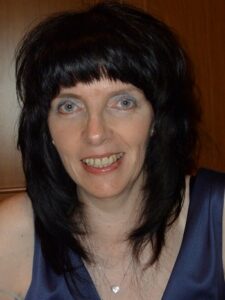 Two areas of life affected me most; at the start and end of the day my journey to and from work would stress me out because the traffic would be heavy and I’d worry that I would need a toilet and not be able to get to one. Once at work, I had a stressful job dealing with members of the public, who were often distressed and became abusive. It was intimidating and my symptoms were at their worst and so, in 1997 I left my job to look after my daughter, but my symptoms continued to blight daily life.

My symptoms have had a negative impact on my social life as I haven’t always felt able to go out because, to help control symptoms, I need to eat small meals, early in the evening. Instead of having to explain my issues, it’ just easier not to go out. So sadly, I’ve missed several reunions and meals out with friends.

I sometimes go to the theatre or cinema but I always need to choose end of row seats or the worry of disturbing people to use the bathroom will trigger my symptoms, and travelling is still a source of anxiety just in case of a flare up. I’m so lucky to have a supportive and caring husband. He has always taken my illness in his stride, even if it’s meant stopping at every service station on the motorway!

whilst looking for a natural solution I read about Silicolgel and saw that others were having some success. I decided to give it a try. I’ve been using it daily for just over a month now and it has helped me manage my heartburn and acid reflux which has really improved.

I plan to continue to keep using silicolgel and have started socialising more without feeling uncomfortable or having to think twice about accepting invitations to go out.