Have you ever felt awkward or embarrassed to talk to your doctor about your gastrointestinal symptoms? If you think you have IBS but haven’t yet received a formal diagnosis or if your symptoms have changed, in this blog, Dr Sarah Brewer discusses IBS, how your GP can help, and what you can do to help your GP formulate a diagnosis. 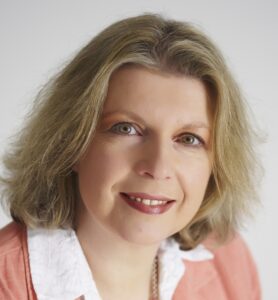 Dr Sarah Brewer qualified from Cambridge University with degrees in Natural Sciences, Medicine and Surgery. After working as a hospital doctor and in general practice, she recognised that many illnesses have a dietary basis and studied for a Master’s degree in Nutritional Medicine from the University of Surrey. As well as being a registered doctor, Sarah is also a Registered Nutritionist, a Registered Nutritional Therapist and an award-winning health writer. Sarah writes widely on all aspects of health and nutrition and is the author of over 60 popular self-help books.

IBS? How to get the most from your GP

Irritable bowel syndrome (IBS) is the most common condition to affect the gut, with at least one in three people experiencing symptoms of intermittent abdominal pain, bloating and changes in bowel habit at some time during their life.

The medical understanding of Irritable Bowel Syndrome (IBS) has improved dramatically over the last 20 years. It’s now recognised that IBS is not just a problem of bowel function, but involves changes in the way the gut and brain interact. For example, serotonin is best known as a brain transmitter that regulates mood, but 90% of the body’s serotonin is made by cells lining the digestive tract. This gut-associated serotonin is believed to regulate bowel movements and the way in which the brain usually ignores the sensations associated with gut contractions. So, if your doctor prescribes an antidepressant for persistent abdominal pain, this is not because he or she thinks you are depressed, but because these classes of drug increase levels of neurotransmitters (especially serotonin) to help normalise pain perception.

IBS may also be associated with a lack of endocannabinoids – cannabis-like molecules released by nerve cells – which are also involved in regulating intestinal motility, secretion of intestinal juices and pain perception.

Imbalances in bowel bacteria may also be involved as symptoms often come on after a bout of food poisoning, taking a course of antibiotics, or following periods of major emotional or physical stress. These factors alter the balance of digestive bacteria to increase gas production, distension and bloating. Bowel bacteria interact with immune cells in the gut wall and if your balance of gut bacteria changes, so can the production of serotonin and endocannabinoids in the gut wall.

For all these reasons, IBS is now considered a disturbance of gut-brain interactions, rather than a pure digestive problem.

How your doctor can help

Doctors now have clear guidelines for assessing and diagnosing IBS, and guidelines from NICE (the National Institue for Health and Care Excellence) on how to manage it. It’s important to know that IBS management is not a ‘one size fits all’. Management is now individualised to your particular symptoms and, if first line medications don’t work for you as an individual, other options are available that may suit you better.

Always tell your doctor if you experience recurrent abdominal pain or a change in stool frequency or form. The diagnosis of IBS is not always clear cut, as there is no single diagnostic test to confirm its presence, but your doctor will consider other conditions which can cause similar symptoms, such as inflammatory bowel disease (Crohn’s, ulcerative colitis), food sensitivities such as coeliac disease or lactose intolerance, and exclude other problems affecting your internal organs which can trigger sensations such as bloating. While keeping these possibilities in mind, it’s important to avoid unnecessary tests if you don’t have ‘red flag’ symptoms such as a family history of bowel or ovarian cancer, unexplained weight loss or blood in the motions.

If you develop bowel symptoms for the first time over the age of 50, your doctor may also offer additional screening tests, such as colonoscopy.

Getting the best from your doctor

It’s natural to feel nervous when you go to see your doctor. Anxiety builds while sitting in the waiting room and this can affect your memory for key facts. Write down a list of your symptoms and any questions you have beforehand and take these with you. That way you won’t kick yourself later for not mentioning something important or not asking a certain question.

The average medical appointment lasts less than 10 minutes, so make the most of it. If something is worrying you (for example if you are concerned about bowel cancer) don’t put off asking your most important question until the end of your visit. Tackle it head on at the beginning. It may help to practice asking the question in front of a mirror beforehand.

Don’t shy away from embarrassing symptoms. While few people are comfortable discussing their bowel movements, it’s important to tell your doctor exactly what you are experiencing. For example, around 20% of people experiencing faecal incontinence only disclose their incontinence if asked.

If you don’t understand what the doctor says, or misheard something, ask them to explain further. Make notes while with your doctor, and jot down their advice or plans for follow-up so you don’t forget.

It’s worth taking with you any prescription or over-the-counter medicines you are currently taking. Even though your medicines are listed in your notes it takes time to track down the name of the ‘red pill’ which isn’t suiting you, for example. In these days of generic prescribing, many different brands of the same tablet are available, and the same drug can come in a different shape, size and colour each month, even though they contain the same active ingredients.

Tell your doctor if you are taking any over-the-counter products you have bought yourself, such as silicolgel, and let them know how helpful you’ve found it so they can consider recommending it to other patients.

Guidelines recommend that you are referred to a gastroenterologist if there are ongoing symptoms that persist despite optimal GP management, or if there is uncertainty about the underlying diagnosis.

Your doctor can also refer you to a dietitian for general dietary advice, and for specialist advice on single food avoidance and exclusion diets such as the low FODMAP (fermentable oligosaccharides, disaccharides, monosaccharides, and polyols) diet if certain foods trigger your symptoms.

The key message is – don’t be afraid to keep going back to see your doctor if your symptoms are persistent, worsening or changing, or if you have a nagging feeling that something isn’t right.